Home Valley Farms Bird News All About the American Goldfinch All About the American Goldfinch

On the heels of our most recent discussion of the greenfinch comes the bold and beautiful American goldfinch! Small and migratory but bursting with personality, the American goldfinch is one of North America’s most coveted wild birds. The Carduelis tristis, known by some as the willow goldfinch, the thistle finch, and the eastern goldfinch, is a 5-inch passerine bird that is said to bring hope, joy, and positivity wherever it flocks. 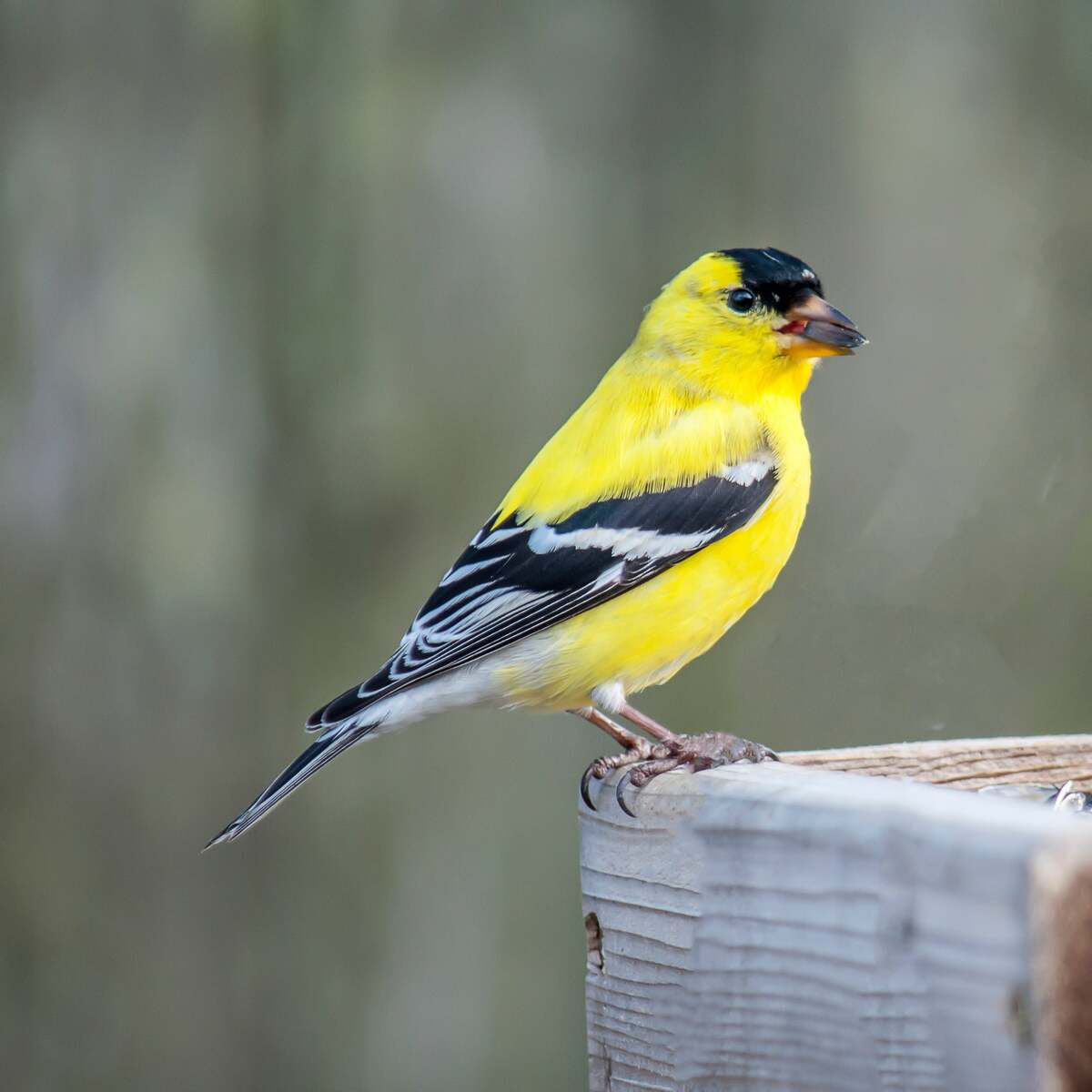 Native Americans associated these canary-colored beauties with prosperity and abundance, The birds often appeared in medieval paintings of the Madonna and Child as a symbol of fertility; in the early 18th century, the word “goldfinch” was used as slang to refer to the extremely wealthy. Whether by coincidence or intention, birdwatchers tend to feel an instant sense of enthusiasm and liveliness when American goldfinches come around. 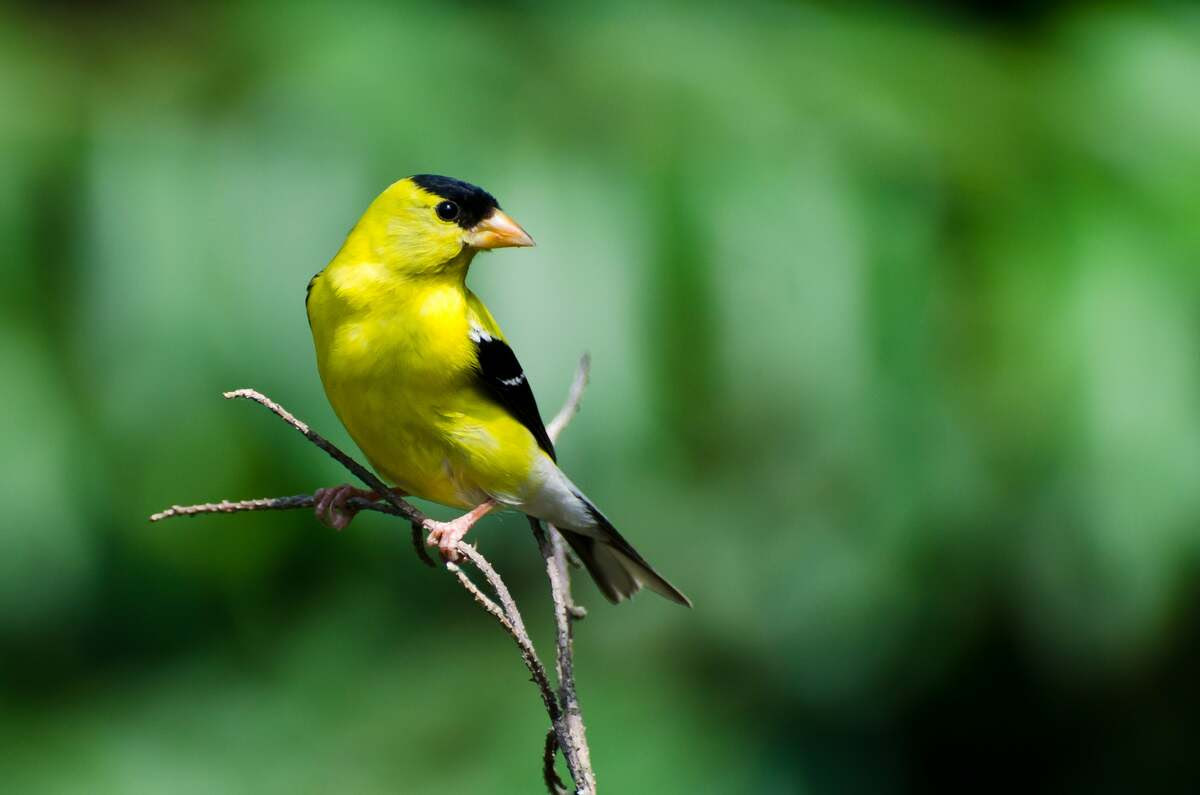 American goldfinches have several noteworthy characteristics, the most prominent of which may be their visual appearance. Adult males are known for their bright yellow feathers and black patched foreheads, the hues of which only intensify during breeding season to attract mates.

Adult females tend to have more brownish feathers on their bodies with a duller yellow and an olive color on top. Both males and females have black wings with white markings and white patches above and underneath their tails. These little birds have short, conical bills, small heads, long wings, and short-notched tails.

As for their sounds, songs, and behaviors, American goldfinches have 6 vocalizations, the most noteworthy of which is their iconic “po-ta-to-chip” call. Highly social birds, they flock shortly after breeding season ends which is why autumnal flocks of American goldfinches may see numbers as high as the thousands.

They are active and acrobatic, clinging to weeds and seed socks when not hopping around on the ground or soaring in the air. These birds fly in a bouncy, wave-like pattern, readily dipping and rising as they go. 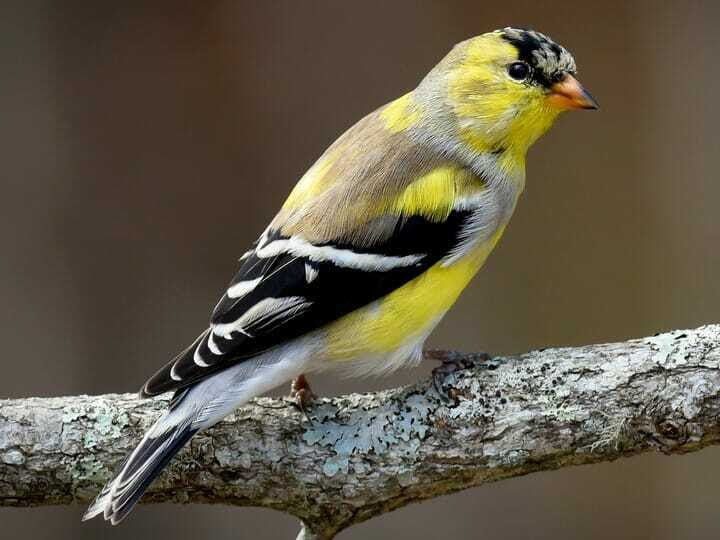 Where, oh Where Do the Goldfinches Go?

As the official state bird for Washington State, Iowa, and New Jersey, the American goldfinch is no stranger to North America. Like many of their wild bird counterparts, these birds are migratory. During breeding season (primarily late July and August) they can be found across mid-Alberta in Canada all the way down to North Carolina. In the winter, birders tend to spot them anywhere south of the Canada-US border all the way down to Mexico.

Speaking of breeding, several reports have recently come out about wild birds nesting and laying eggs up to a whole month earlier than they did over a century ago. In early April, The Washington Post released an article discussing the potential impact of climate change on birds’ breeding habits. The piece pointed to evidence from the Journal of Animal Ecology to substantiate what many bird enthusiasts suspected: a whopping 72 species of wild birds’ egg-laying dates moved up by almost one month. This information is especially important to keep in mind as the birds may find that their scavenging for food from their traditional food sources may become more competitive. 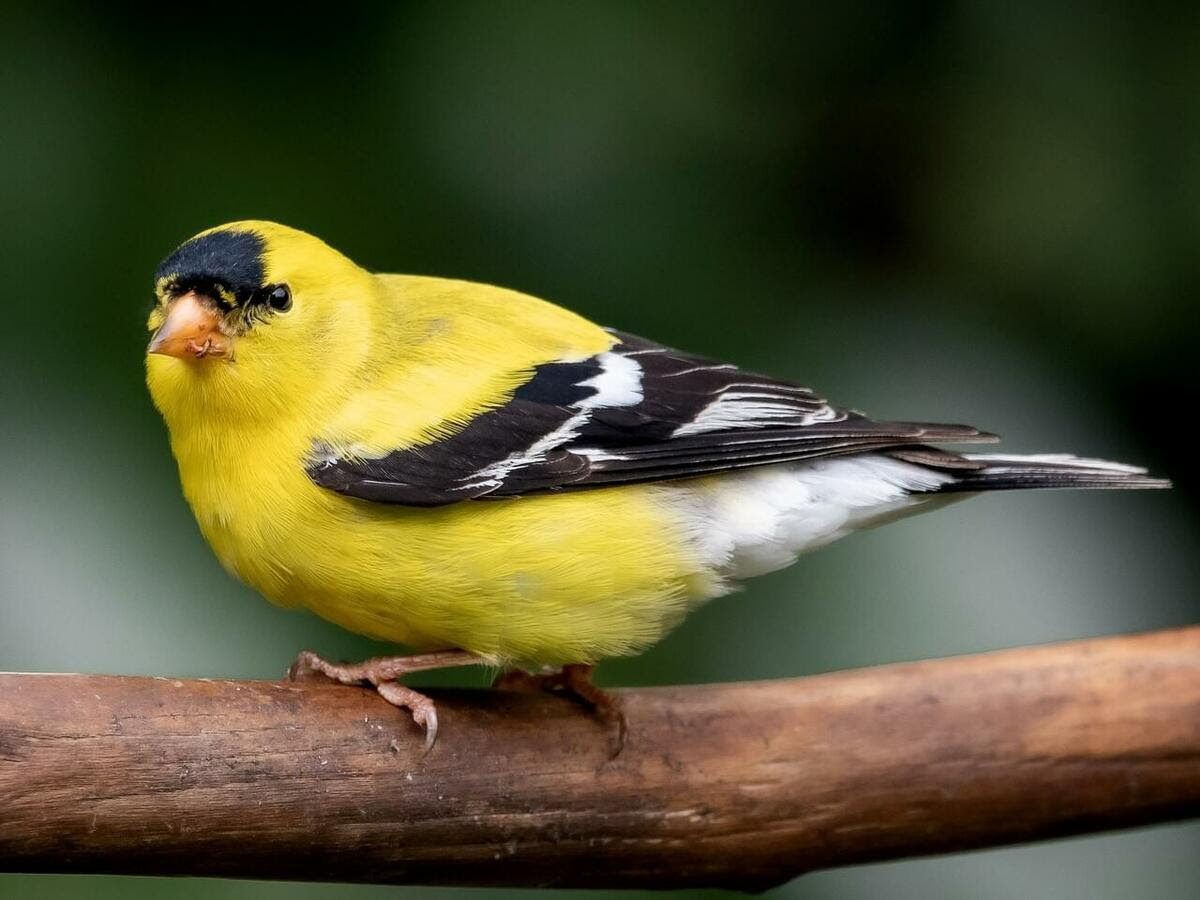 If you are looking to lure American goldfinches to your backyard, you’re in luck! Valley Farms® has Finch Socks specifically designed to help attract them to your neck of the woods. 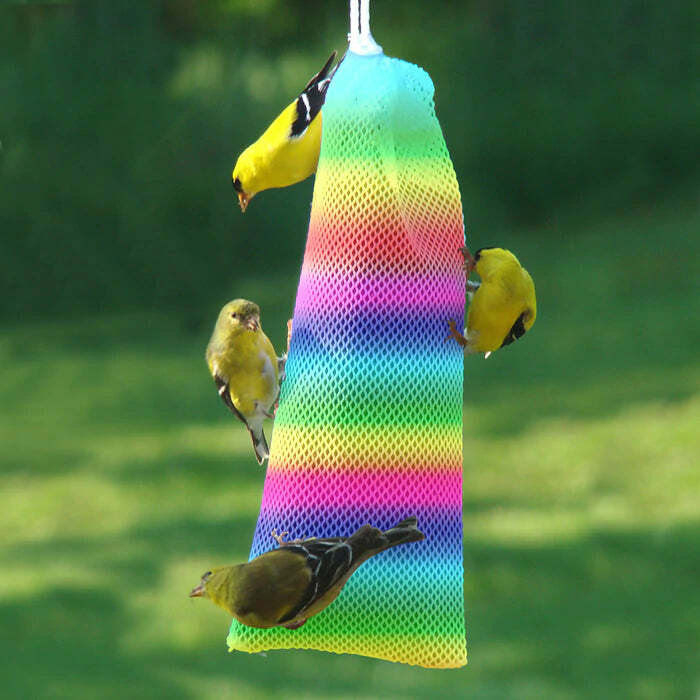 Where do the American Goldfinches breed and nest? In trees? Or where?

Previous: All About the Pine Siskin
Next: Get to Know the Green Finch